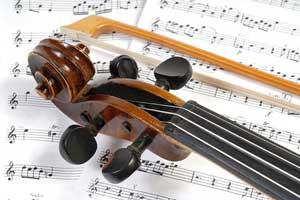 Already in the 16th century, Venice contributed innovations and impulses for vocal and instrumental music; music schools and choirs flourished. From the middle of the 17th century, the heyday of the opera then began.

Venice reckoned with about 20 opera houses at that time; works of Vivaldi, Verdi und Donozetti were premiered here.

Beside Milan and Naples, the canal city was among the largest impulse generator of the European music scene. What was played here and gained popularity, was soon taken over by the courts and societies of neighbouring states.

"Venice’s outstanding son" already demonstrated his talent with his father’s violin and is still now one of the most famous Italian composers. "The four seasons" is probably his most well-known composition.

By the way: Even though music was his first great love, it was not his first career path. Antonio Vivaldi was a priest for a long time. For this reason, the "outstanding son" is also revered with wonderful concerts in many of Venice’s churches and not only at the Teatro "La Fenice".

You will find more information about this at www.venediginformationen.eu

Back to overview "Your Venice"

So that your holiday trip to Venice is as pleasant as possible, we are at your disposal with our service.

Our culture packages include, among others hotel accommodation, city tours and personal assistance on site if desired. How about letting the day fade away with a visit to a concert or the theatre, a romantic dinner or a gondola ride at night for instance?

You are a circle of friends, a culture association or a golf group? We will gladly create a "special package for groups" (up to 20 people maximum) tailored to your wishes.

For questions, I am at your disposal by telephone, e-mail or via our Online-Enquiry.

How to reach us 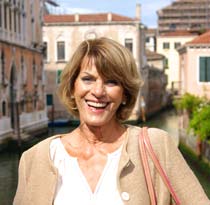 Apart. Lagoon at the Lido

How to reach us

To be able to offer you the best possible service, this website uses cookies. By further using our website, you give your consent to our use of cookies for this purpose. If you wish to read more about this topic, please refer to our Data Protection Statement.